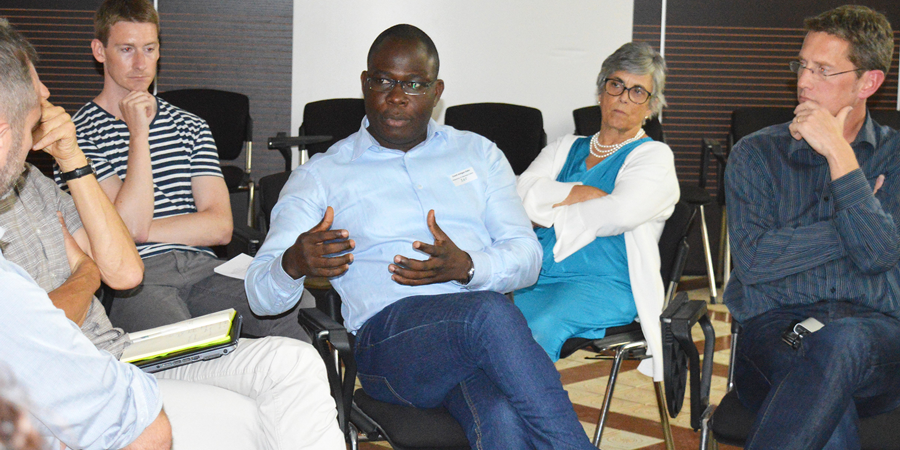 During the Annual Conference of the European Forest Institute in Alghero (Sardinia, Italy), Prof. Enoch Achigan-Dako, Director of the Laboratory of Genetics, Horticulture and Seed Science, attended a discussion in the framework of the ‘’Research that Matters’’ program organized as side event. He presented on breeding methods for orphan and native tree species in developing countries. Two other researchers namely Dr. Ramni Jamnadass, from the World Agroforestry Center, and Chris Kettle, from Bioversity International, contributed with the talk in the side event. After their engaging presentations, the speakers kicked off a « fishbowl » conversation. This is an approach of conversation, which allows participants to share their own experiences and respond to the general discussion by replacing the original members of an « inner circle » of speakers. Conversation centered on the contribution of genomics to the Sustainable Development Goals and the conservation of orphan crops. Participants agreed that forests could improve nutrition. However, there is a need to move beyond single-species thinking to encompass the entirety of forest ecosystems. Several other important issues were raised during the fishbowl discussion, which the presenters plan to include into an opinion paper that they will submit to an appropriate journal.