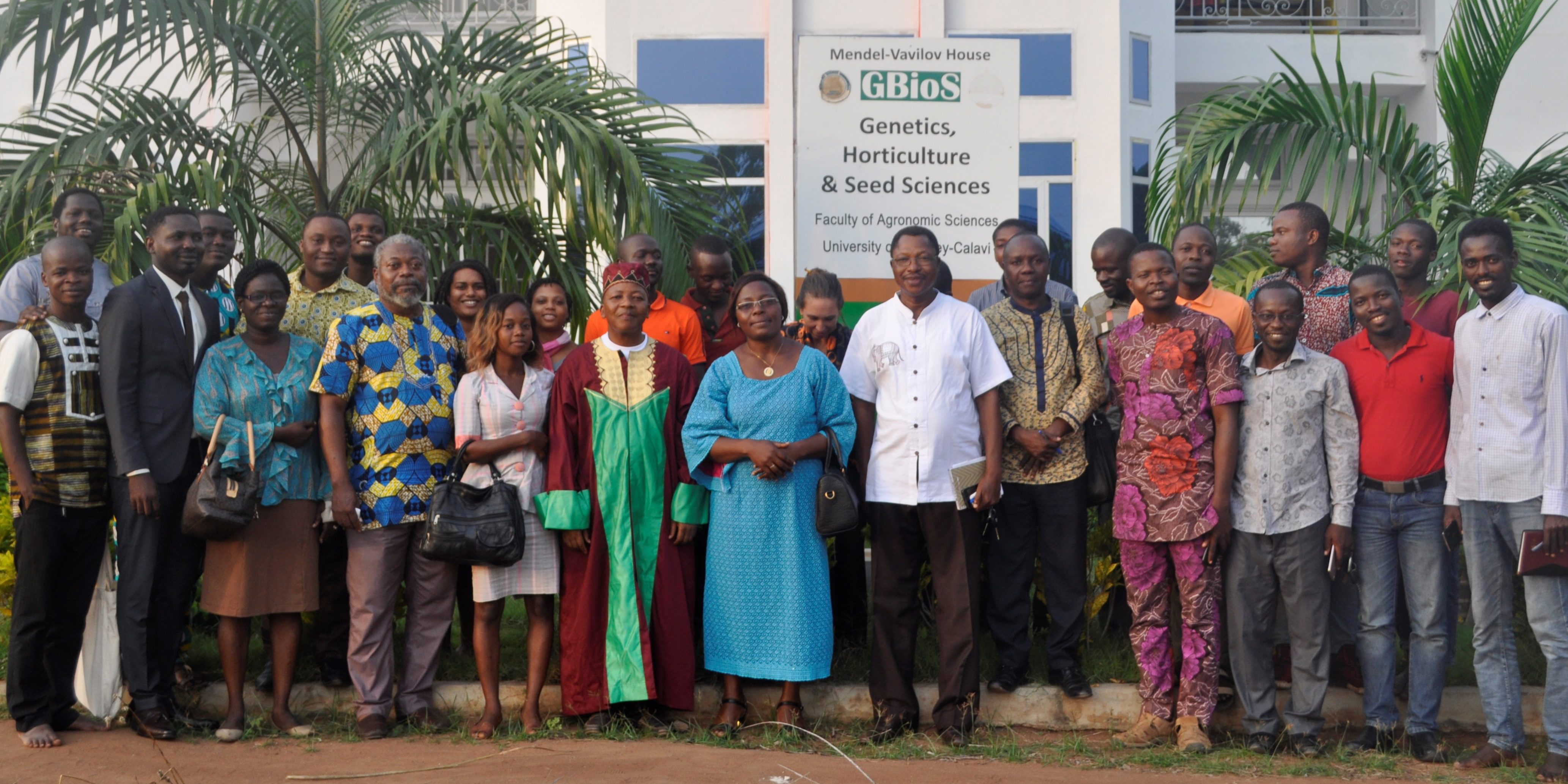 The Laboratory of Genetics, Horticulture and Seed Science (GBioS) hosted on Wednesday 05th December the first session of Plant Science Seminars. This conference is an initiative promoted by the faculty members of the School of Plant Science and Crop Production of the Faculty of Agricultural Sciences at the University of Abomey-Calavi. This is a series of scientific seminars that aims to bring together the faculty members and other stakeholders of the School of Sciences and Techniques of Crop Production, researchers from national or international research institutes, MSc and PhD students around topics of interest for everyone. In other words, this series of scientific rendezvous will be dedicated to the sharing of practical and professional knowledge among researchers and students. The first session of that Plant Sciences Seminars was launched under the supervision of Professor Aimé BOKONON GANTA, Vice-Dean of the school of Sciences and Techniques of Crop Production and has involved more than 30 participants from more than seven countries. Two short presentations in the series of “My PhD Thesis in Five Minutes” were presented on:

– “Inventory and bio-ecology of insects associated with cashew in Benin” by the PhD student Cyriaque AGBOTON. His presentation has shed light on the hundreds of insects affecting cashew in Benin out of which tens have great economic importance. His work will contribute in capacity building of farmers for a best management of the cashew plantation in Benin through a better knowledge on those insects. It was a meaningful sharing opportunity between lecturers of the school, other institute researchers and the students of the school that will be perpetuated in the coming days. The next session has been scheduled on the 19th of December 2018 during which the Professor ACHIGAN-DAKO will be the main speaker and the proposed topic for the next sessions were collected from all the participants.