Modern melon cultivars go back to two lineages in Asia and in Africa. 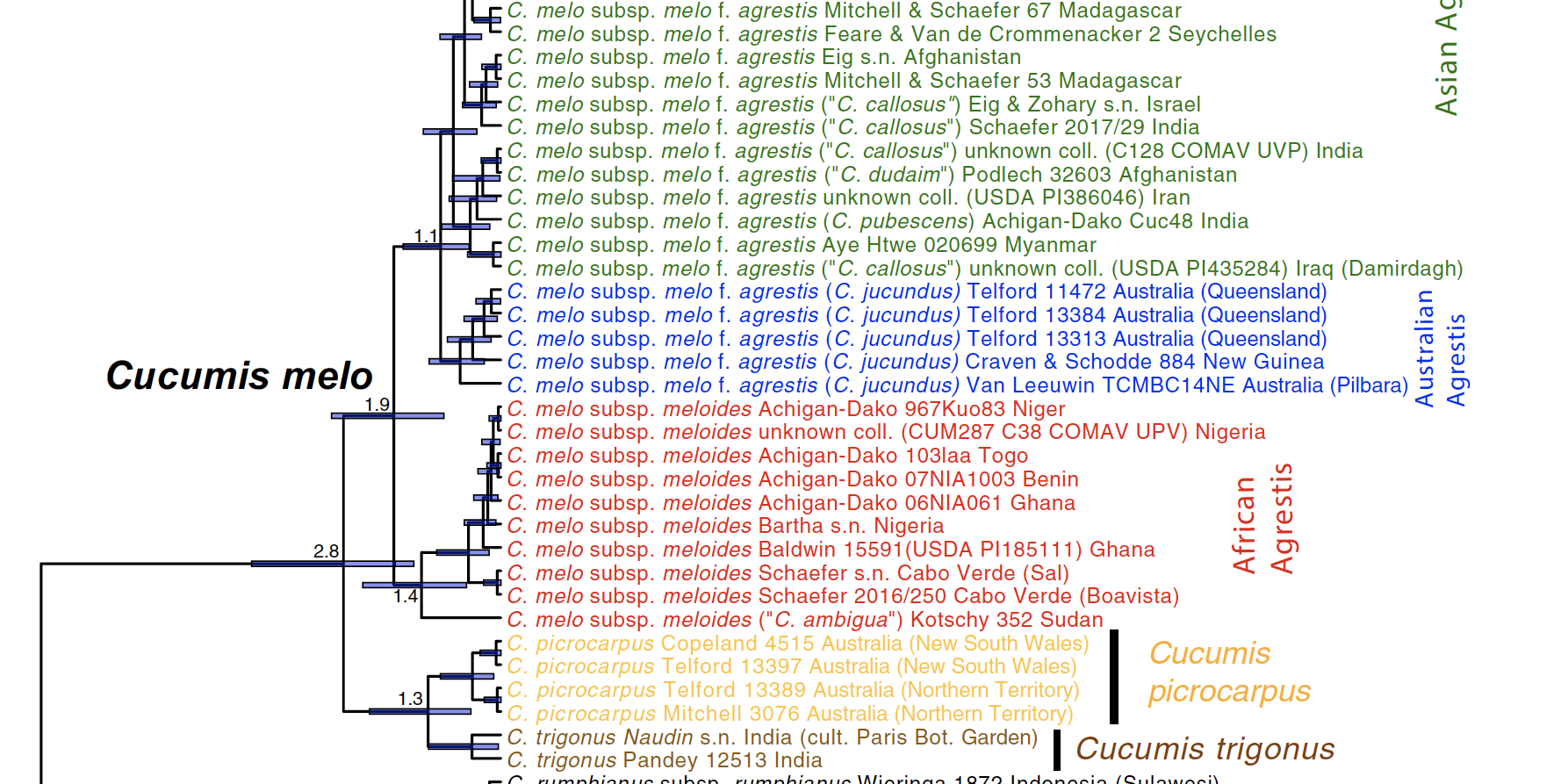 The domestication history of melon is still unclear. An African or Asian origin has been suggested, but its closest wild relative was recently revealed to be an Australian species. The complicated taxonomic history of melon has resulted in additional confusion, with a high number of misidentified germplasm collections currently used by breeders and in genomics research. Using seven DNA regions sequenced for 90% of the genus and the major cultivar groups, we sort out described names and infer evolutionary origins and domestication centers. We found that modern melon cultivars go back to two lineages, which diverged ca. 2 million years ago. One is restricted to Asia (Cucumis melo subsp. melo), and the second, here described as C. melo subsp. meloides, is restricted to Africa. The Asian lineage has given rise to the widely commercialized cultivar groups and their market types, while the African lineage gave rise to cultivars still grown in the Sudanian region. We show that C. trigonus, an overlooked perennial and drought-tolerant species from India is among the closest living relatives of C. melo. Melon was domesticated at least twice: in Africa and Asia. The African lineage and the Indian C. trigonus are exciting new resources for breeding of melons tolerant to climate change.