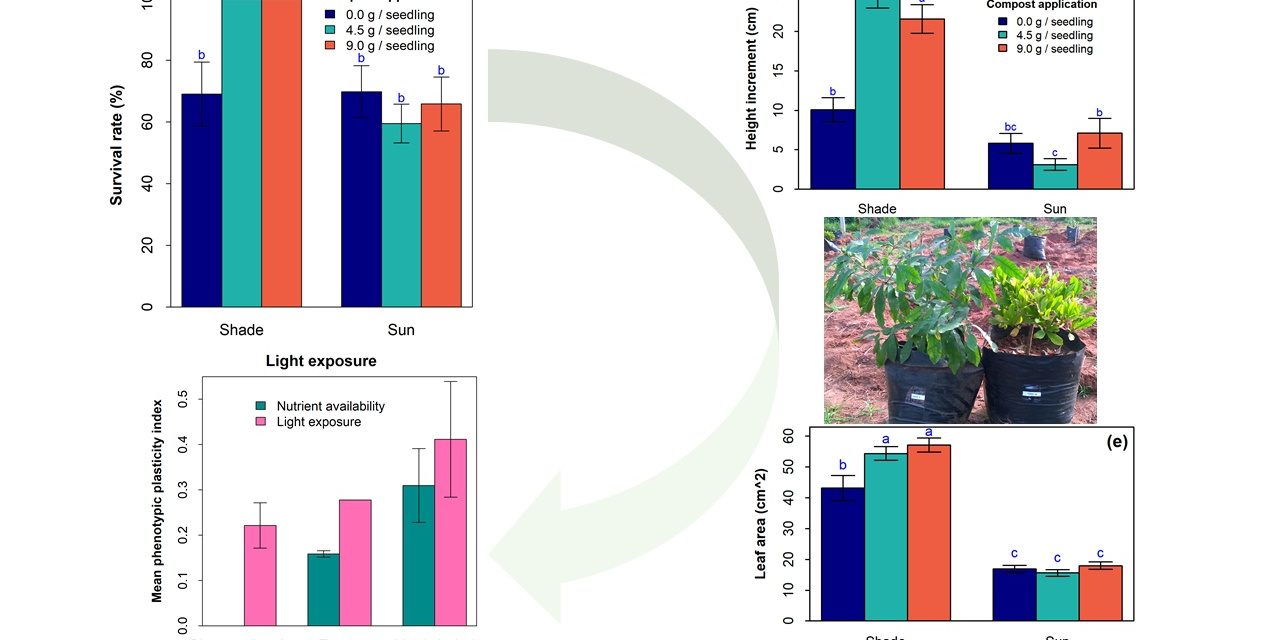 Observed to varying extents among crop species, phenotypic plasticity in response to environmental cues can manifest as changes in a plant’s phenology. In Synsepalum dulcificum, a West African orphan fruit tree, such phenological plasticity is not well understood. With the hypothesis that light stimulation and changes in organic nutrient availability would induce an accelerated transition in S. dulcificum from its juvenile to its reproductive phase, we combined survival, growth and development, and biomass allocation analysis to demonstrate in this study that S. dulcificum is an intermediate shade tolerant species that responds to managed culture. The species favourably responds to both shading and nutrient application with a more prominent effect of shading. The species’ morphological plasticity, particularly in terms of plant height and stem diameter, was found to exceed both its fitness and allocational plasticities with an accelerated transition to fruiting, at an age of only 24 months. This finding expands our knowledge on the appropriate environmental conditions for the breeding and cultivation of this species.