Use values of traditional vegetables in Southern Benin 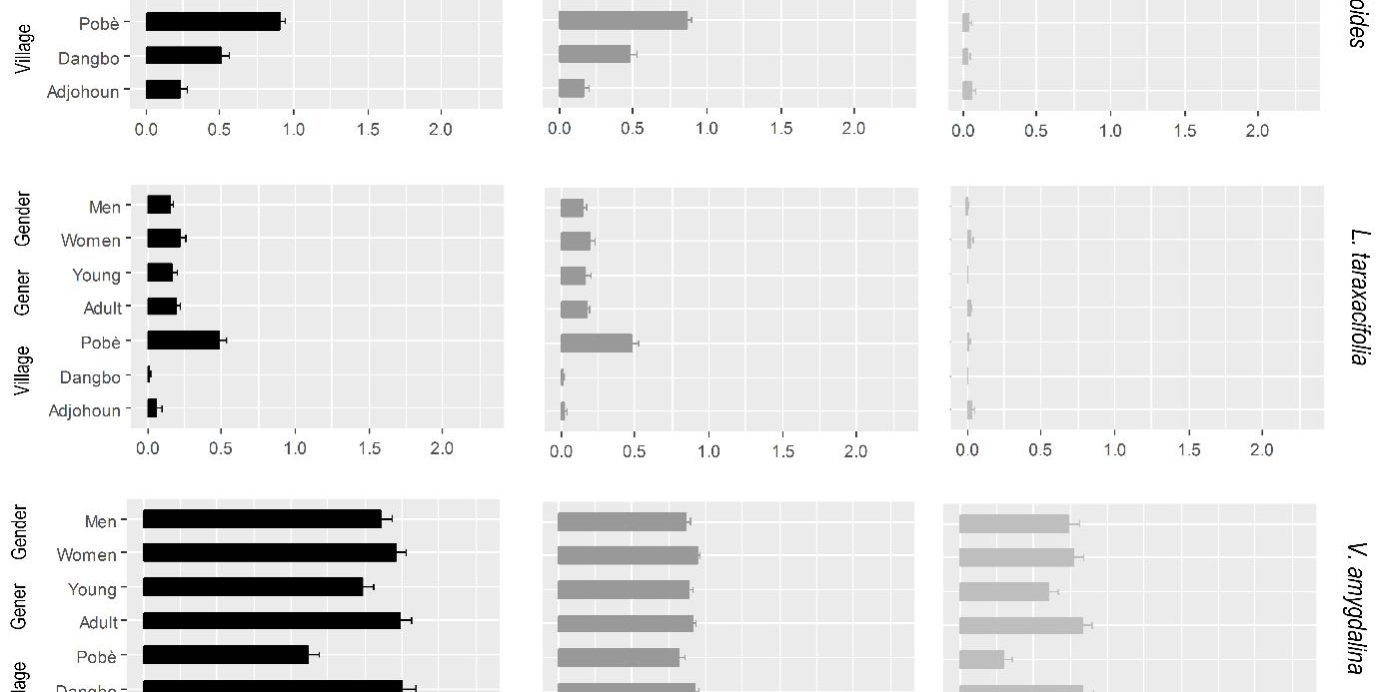 This study assessed differences on the uses and transmission of traditional knowledge (TK) about three traditional leafy vegetables (Crassocephalum crepidioides (Juss. ex Jacq.) S. Moor, Launaea taraxacifolia (Willd.) Amin ex C. Jeffrey, and Vernonia amygdalina Del.) of the Asteraceae family over two generations in three villages: Adjohoun, Dangbo, and Pobè (southern Benin). Individual semi-structured ethnobotanical interviews of 360 respondents were conducted in the villages with young girls, boys, and their two parents. The relative frequency of citation, use value, and Jaccard similarity index were used for data analyses. Vernonia amygdalina was the most commonly known and used vegetable in all villages, while L. taraxacifolia was confined to Pobè. Factors such as village of survey, generation, and gender affected the use value of the species, but the patterns of recognition and cultivation were species-specific. Leaves were the most used plant part. Traditional knowledge was largely acquired from parents (90% of citation), and both mothers and fathers transmitted a similar amount of knowledge to their progenies. The knowledge on V. amygdalina was transmitted to a larger scale than knowledge of C. crepidioides and L. taraxacifolia. Irrespective of the species, transmission of TK was higher in Pobè. Gender and generation knowledge dynamic hypothesis is species-specific. TK transmission was species-specific too and may be linked to the local importance and use of those resources. These findings will inform strategies and programs for the sustainable use and conservation of leafy vegetables in local communities and national research and development institutions.