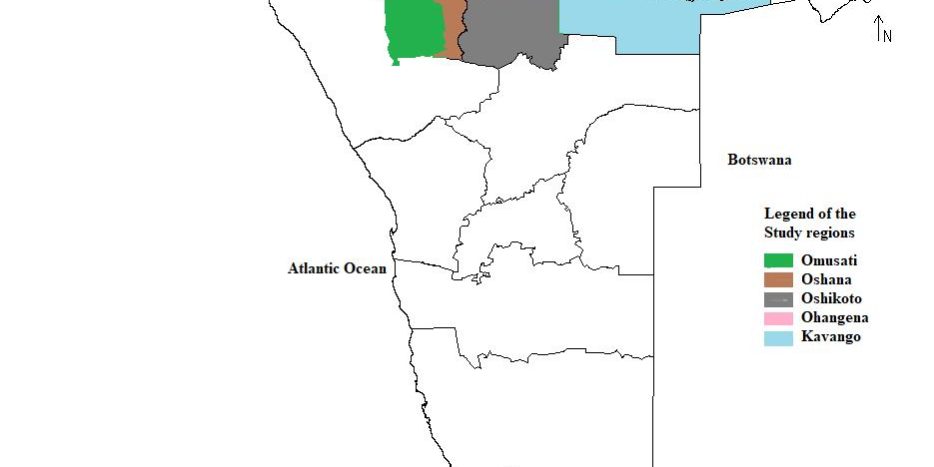 Knowledge on the diversity and domestication levels of the spider plant (Gynandropsis gynandra) has the potential to affect pre-breeding for client-preferred traits, yet information is scarce in Namibia due to limited research. We investigated indigenous knowledge on the species diversity and domestication levels in the regions of Kavango West, Ohangwena, Omusati, Oshana, and Oshikoto of northern Namibia. Semi-structured interviews involving 100 randomly selected farming households, four key informant interviews, and a focus group discussion were conducted. Descriptive and chi-square tests were conducted using IBM SPSS version 20. Out of the possible four morphotypes, the results suggested that only one with green stem and green petiole existed and was associated with soils rich in organic manure. Spider plant abundance was reported to be on the decline, due to declining soil fertility. On a scale of 0 (wild species) to 6 (highest level of domestication), an index of 1.56 was found and this implied very low domestication levels. Furthermore, the study found significant differences in the trends of domestication across the sociolinguistic groups (χ2 (12, N = 98) = 46.9, p < 0.001) and regions studied (χ2 (12, N = 100) = 47.8, p < 0.001), suggesting cultural and geographical influences. In conclusion, the findings constituted an important precedent for guiding subsequent pre-breeding efforts.