Sesamum indicum: Focus on a crop of interest at GBioS 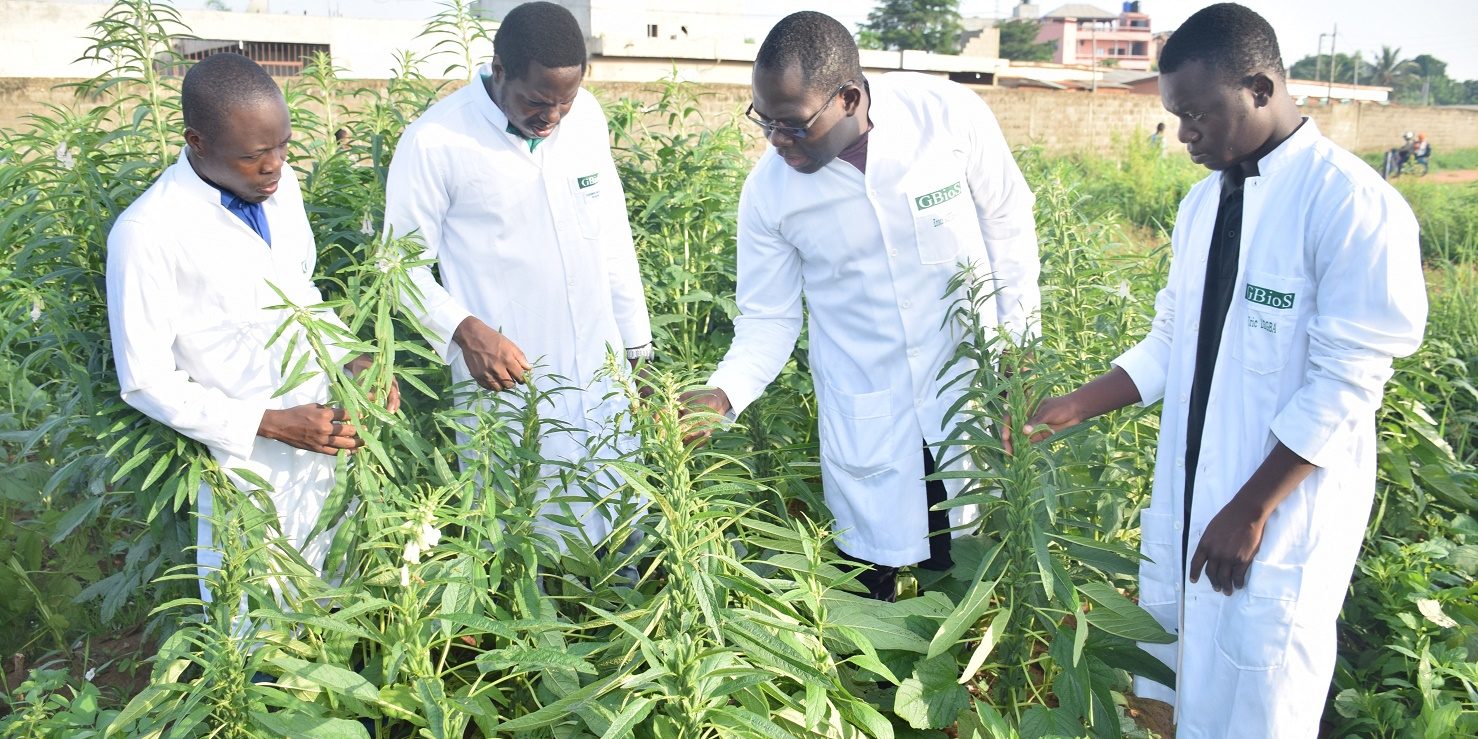 Sesame (Sesamum indicum), is an oilseed crop originated from Asia and Africa. Rich in antioxidants (sesamoline, sesamine, sesamole), it is also known for its tasty seeds and high market value. Thanks to the countless nutritional and agronomic advantages that it provides as a crop, it appears as a asset for the diversification of Benin’s agricultural products. Mainly cultivated in pure culture in Tanguiéta, Materi, Toucountouna and Boukoumbé, sesame is more adopted by men because its production is very easy and profitable. Harvest is done 3-5 months after sowing following dehiscence of the pods, yellowing and leaves fall. Tolerant to drought, this crop, however,  needs an adequate amount of moisture for germination and growth during the first days. However, despite the many benefits associated with it, sesame remains a neglected culture (NUS) by Beninese research. Knowledge of the varieties grown, the agronomic practices used by producers and the knowledge of sesame are very limited. It is with this framework that the laboratory of Genetics, Horticulture and Seed Sciences (GBioS) is committed to promoting it nationally and internationally. This involves actions such as the production of scientific knowledge, the creation of a startup for the promotion of sesame (for massive production of oil and manufacture of herbicide) and the diversification of farming systems in southern Benin. The first results of this process have already been recorded. These include, among other things, mastering the technical itinerary of sesame production, identifying the main pests, identifying accessions with high yields, etc. In addition, on the basis of the characteristics observed in the field, local names have been given to the accessions.

10 THINGS YOU SHOULD KNOW ABOUT SUNSEPALUM DULCIFICUM
24 septembre 2021