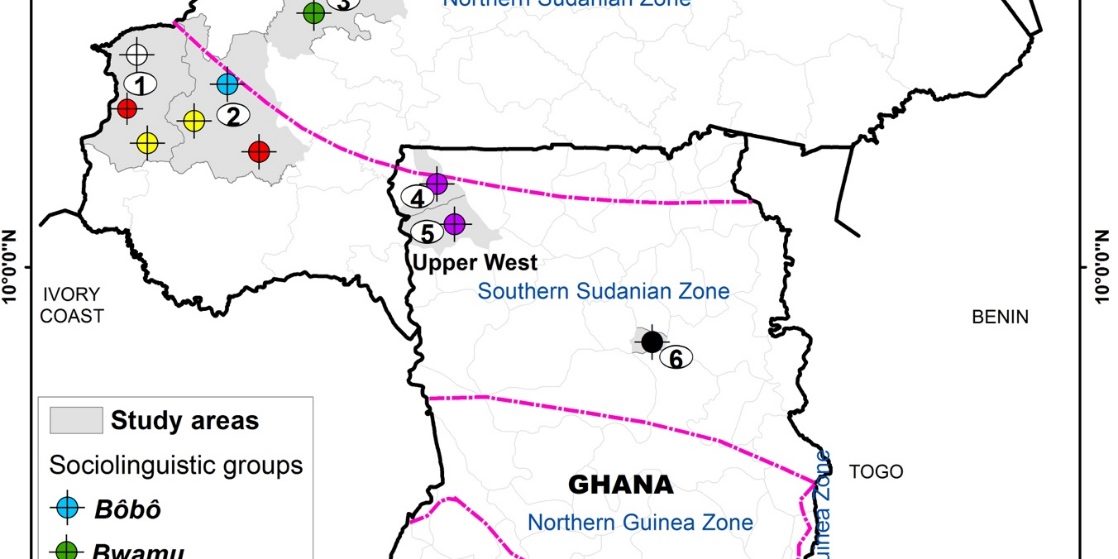 Pulses play important roles in providing proteins and essential amino-acids, and contribute to soils’ nutrients cycling in most smallholder farming systems in Sub-Saharan Africa (SSA). These crops can be promoted to meet food and nutrition security goals in low-income countries. Here, we investigated the status of Kersting’s groundnut (Macrotyloma geocarpum, Fabaceae), a neglected pulse in West Africa. We explored its diversity, the production systems, the production constraints and farmers’ preferences in Burkina Faso and Ghana. Focus groups and semi-structured interviews were conducted in 39 villages with 86 respondents grouped in five sociolinguistic groups. Our results indicated that Macrotyloma geocarpum was produced in three cultivation systems: in the first system, farmers grew Kersting’s groundnut in fields, mostly on mounds or on ridges; in the second system, farmers grew it as field border; and in the third system, no clear tillage practice was identified. The main constraints of those farming systems included: difficulty to harvest, the lack of manpower and the damage due to high soil humidity at the reproductive stage. A total of 62 samples were collected and clustered in six landraces based on seed coat colors including cream, white mottled with black eye, white mottled with greyed orange eye, black, brown mottled, and brown. All six groups were found in the southern-Sudanian zone whereas only white mottled with black eye and black colors were found in the northern-Sudanian zone. The white mottled with black eye landrace was commonly known and widely grown by farmers. Farmers’ preferences were, however, influenced by sociolinguistic membership and the most preferred traits included high yielding, drought tolerance, and resistance against beetles. These findings offer an avenue to develop a relevant breeding research agenda for promoting Kersting’s groundnut in Burkina Faso and Ghana.