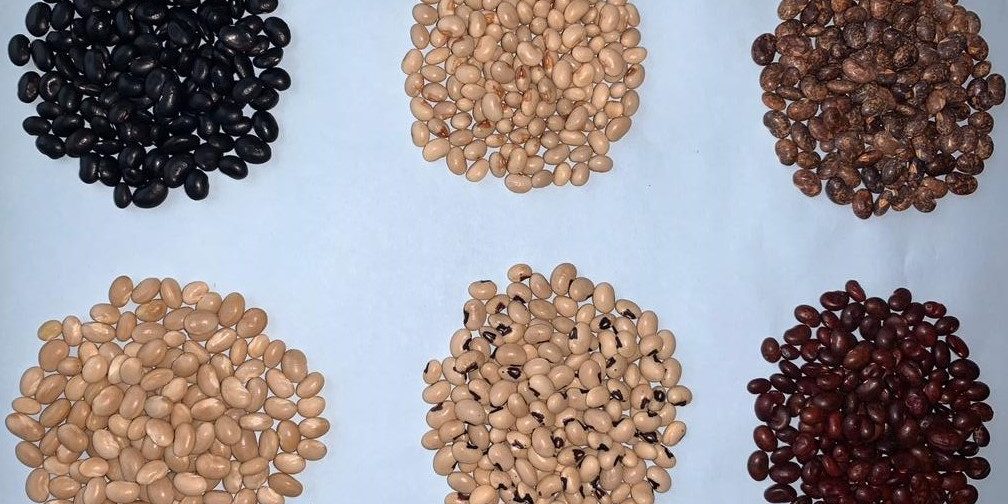 Kersting’s groundnut (Macrotyloma geocarpum), locally known as doyi in Benin, is a grain legume cultivated on small scale and widely consumed across many West African countries. As a leguminous species, Kersting’s groundnut has a high potential in improving soil fertility through intensive atmospheric nitrogen fixation. It performs well in drought prone environments, and thus contributes climate change adaption. Kersting’s groundnut is very rich in protein (24.9%) with a high arginine and low crude fat content. This makes its grains very useful for pediatric growth. Unlike other grain legumes and orphan crops, Kersting’s groundnut has high economic value and an increasing market demand. The price of 1 kg of its grains varies from 1000 XOF in abundance period to 5000 XOF during scarcity period in Benin.

What are the key bottlenecks hindering the promotion of Kersting’s groundnut?

Despite its high economic and nutritional importance, the production of Kersting’s groundnut is drastically decreasing from year to year as reported by several studies across production countries. The decrease in the production is due to several constraints, including a high disease pressure (particularly in humid areas), low grain yield obtained by farmers (maximum 500 kg/ha), absence of improved cultivars and inexistence of quality seed supply system. Moreover, Kersting’s groundnut seed storage is constrained by poor knowledge of adequate storage conditions and damages caused by beetles can be severe to the extent of leaving the seed totally nonviable and improper for consumption

What is our objective?

The ultimate goal of our institution regarding this important crop is to develop high yielding and disease resistant varieties to effectively boost its production and promotion across West African countries.

What progress have we made so far?

The laboratory of Genetics, Horticulture and Seed Science has undertaken studies to assemble and describe the extent of the existing genetic diversity within the species, and improve germination power and storage methods of the seeds. To date, about 400 accessions of Kersting’s groundnut have been assembled across all production countries and maintained in the genebank of the institution. In addition to the most cultivated and consumed cultivar, that is the white seeded landrace, we have identified six other landraces which are cultivated on very small scale in specific West African countries. These are the Black, Red, White, White with black eye, White with greyed orange eye, Brown and Brown with greyed orange eye landraces.

The 400 accessions were characterised using both morphological and SNP markers, and revealed a high genetic diversity among landraces and a low within landrace diversity. The agro-morphological assessment of the accessions across five contrasting environments in Benin showed that the White and the White with black eye landraces had the lowest yield on contrary to the red and black seeded landraces that were the best performers.

Kersting’s groundnut seed is confirmed to be an orthodox seed, which is the category of seeds that show ability to tolerate severe desiccation, sub-zero storage temperature and long-term conservation period. Kersting’s groundnut seed deterioration can now be reduced by drying the seeds to a moisture content below 10%. Afterward, the dried seeds should be packaged in a PICS bag or Glass jar, and should be stored under 10 °C and bellow.

What are our ongoing studies and perspectives on Kersting’s groundnut?

Currently, we are investigating on different aspects, including:

In perspective, we plan to address the followings:

10 THINGS YOU SHOULD KNOW ABOUT SUNSEPALUM DULCIFICUM
24 septembre 2021