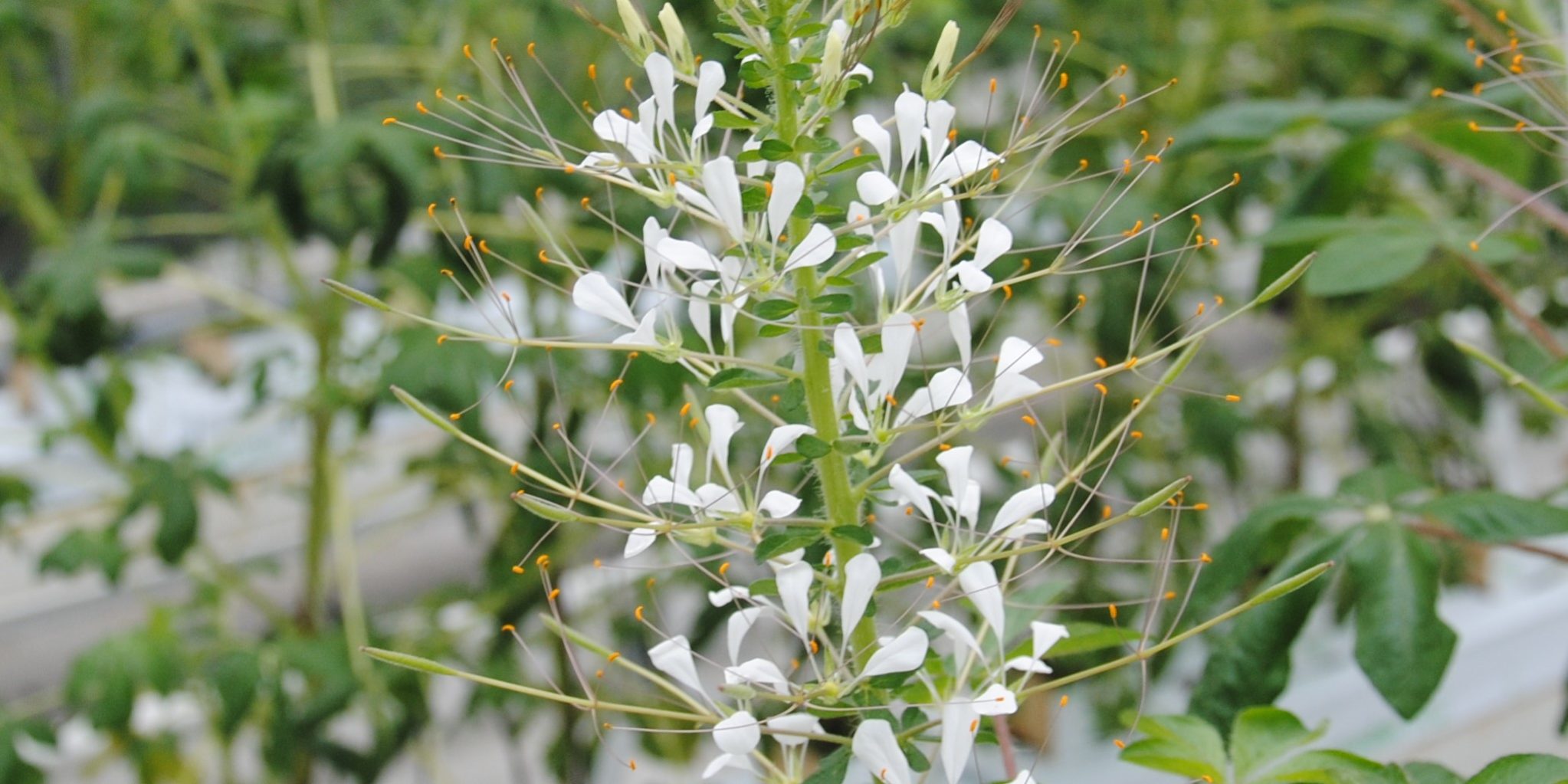 The improvement and promotion of leafy vegetables, used for both food and medicine, benefits greatly from
detailed knowledge of their health-promoting specialised metabolites. In the present study, we investigated the
global metabolite variation in the leaves of 48 accessions of the leafy vegetable Gynandropsis gynandra using two
complementary analytical platforms: liquid-chromatography mass spectrometry (LC-MS) for an untargeted
comparison of non-volatile semi-polar metabolites and gas-chromatography mass spectrometry (GC-MS) for an
untargeted comparison of volatile metabolites. Our results revealed large variation in 936 semi-polar compounds
including flavonoids, terpene glycosides, glucosinolates and various phenolic compounds. Unsupervised multivariate analysis indicated the variation in levels of the semi-polar metabolites was mainly driven by geography,
with accessions from both West Africa and Asia forming a group clearly separated from East African accessions.
Detected volatile metabolites included various sesquiterpenes, aldehydes, ketones, and sulphur-containing isothiocyanates.
Variation in these compounds was however not geographically specific, but most likely linked to
the taste and aroma of the leaves. The relative abundance in glucosinolates and isothiocyanates in the leaves
allowed the clustering of accessions into two main groups that could be used for further plant-herbivore interaction
studies. This study revealed both the broad spectrum of phytochemicals present in Gynandropsis gynandra
leaves and the substantial variation in metabolite profiles among accessions from different regions of the world.
Our results provide a basis for the development of breeding programs aiming at improving the levels of specialised
metabolites in this tropical leafy vegetable for increased resistance against pests and diseases and
improved human health.