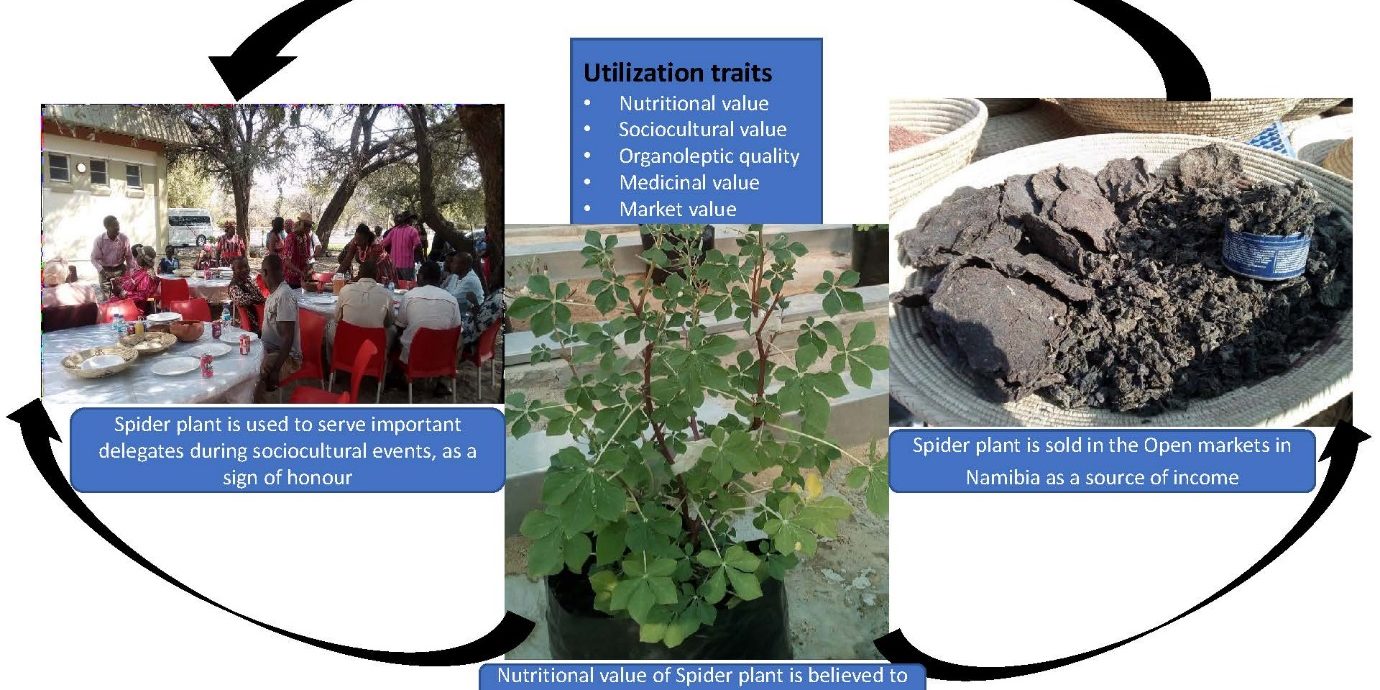 Spider plants (Gynandropsis gynandra, L. Briq.) are a semi-wild vegetable reported to have high nutritional, medicinal, insecticidal, and cultural values, yet continue to be neglected in research. The study was undertaken to investigate indigenous knowledge and utilization of the species in five regions of northern Namibia. Three tools were used; (i) focus group discussion, (ii) semi-structured interviews involving a random selection of 100 farming households and 24 consumers, and (iii) key informant interviews involving four agricultural staff and two open-market supervisors. Data were subjected to descriptive statistics, inferential, and cluster analyses. The study found that farming households and consumers placed higher nutritional, sociocultural, and medicinal values in spider plants than any other vegetable. Ranking of utilization traits, such as nutritional, sociocultural, and medicinal use, revealed three clusters of sociolinguistic groups associated with geographical region. The vegetable was sold and used in most cultural, traditional, and religious functions as a relish, as a source of honor, to bring luck, and for protection. The diverse uses and value placed on spider plants could offer an opportunity for the development of technologies for enhancing their domestication, production, and utilization. It is recommended that follow-up studies be carried to identify specific sociocultural and geographic factors affecting the use of spider plants. View Full-Text