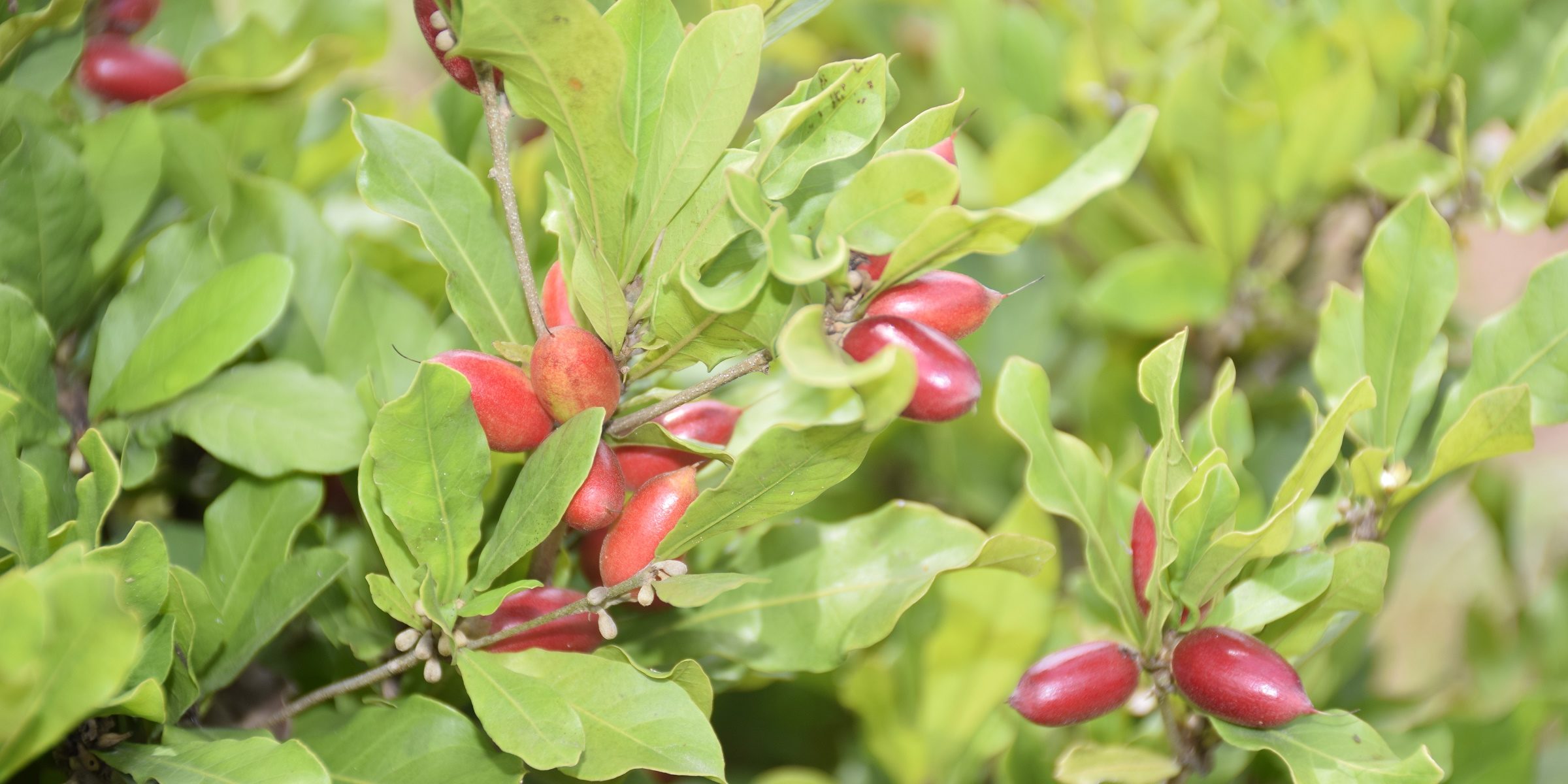 The miracle plant Synsepalum dulcificum is a multipurpose natural sweetener and a promising West African orphan fruit shrub candidate for genetic improvement. Unfortunately, basic knowledge such as phenotypic variation and inheritance estimates required for implementing a breeding program are still lacking. A set of 203 accessions were sampled in two habitats from seven populations spread across the Dahomey Gap (DG) and the Upper Guinea forest (UG) in West Africa. The phenotypic diversity and allometric relationships among functional traits were analysed; the broad-sense heritability was estimated for fruit-traits, and a mini-core collection was developed in the species. Quantitative variation in tree- and fruit-traits was recorded, and multivariate analyses were performed to assess relationships among accessions, whereas heritability was estimated using the coefficient of repeatability. Tree-traits observed in S. dulcificum were more variable than fruit-traits. While habitat-type only affected tree-traits, the provenance population significantly affected both fruit- and tree-traits, with the UG populations outperforming the DG ones. Significant correlations were observed among fruit-traits on one hand, and among tree-traits on the other hand, whereas poor correlations were observed between tree- and fruit-traits. The multivariate analysis grouped accessions in three clusters. Promising individuals for high fruit mass and pulp-dense genotypes’ selection were identified within clusters. Repeatability estimates for fruit-traits ranged from 0.015 (edible ratio) to 0.88 (fruit mass). The Core Hunter algorithm enabled the extraction of 41 individuals as robust representatives of the initial set of 203 accessions, and the mapping of this core collection suggested Dahomey Gap as a centre of diversity of the species. These original findings offer opportunities, not only for the genetic improvement of S. dulcificum, but also for targeted ex-situ conservation in the species.