Diversity and conservation of traditional African vegetables: Priorities for action 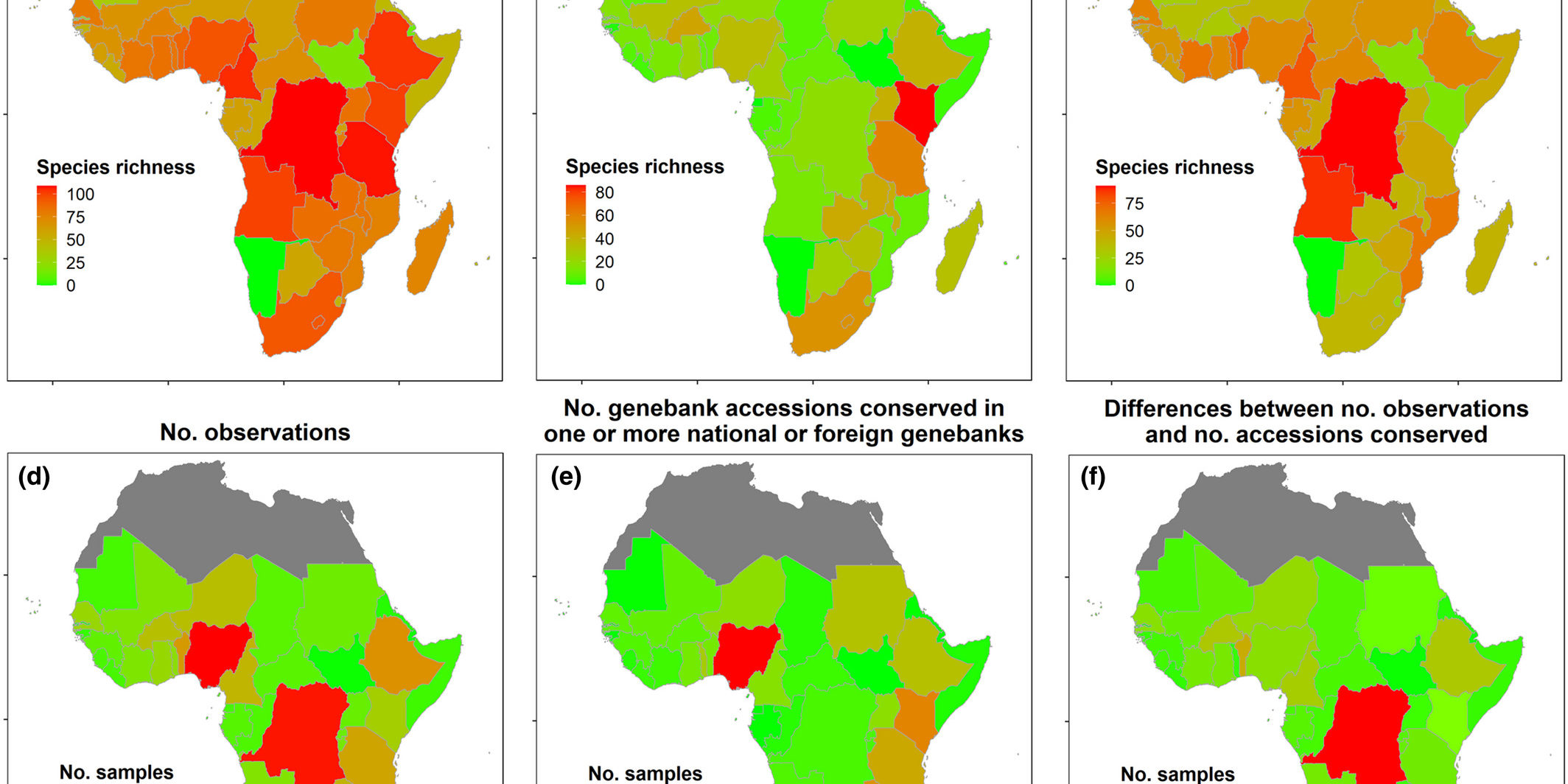 Traditional African vegetables have high potential to contribute to healthy diets and climate resilience in sub‐Saharan African food systems. However, their genetic resources are likely at threat because they are underutilized and under the radar of agricultural research. This paper aims to contribute to a conservation agenda for traditional African vegetables by examining the geographical diversity and conservation status of these species.

126 traditional annual and perennial African vegetables were selected for their food and nutrition potential. Food uses and species’ areas of origin were recorded from literature. Species’ presence records were collected from open‐access databases of genebanks and herbaria. These records were used to determine geographical patterns of observed and modelled richness, to distinguish geographical clusters with different compositions of vegetables, to assess species’ ex situ and in situ conservation status and to prioritize countries for conservation actions.

Areas of high species richness in West Tropical Africa, South Cameroon and Ethiopia coincide with centres of crop domestication and cultural diversity. Hotspots of diversity in Tanzania and Eswatini are especially rich in wild vegetables. Addressing the conservation of vegetable diversity in West Tropical Africa and South Cameroon is of most urgent concern as vegetable genetic resources from these locations are least represented in ex situ collections.