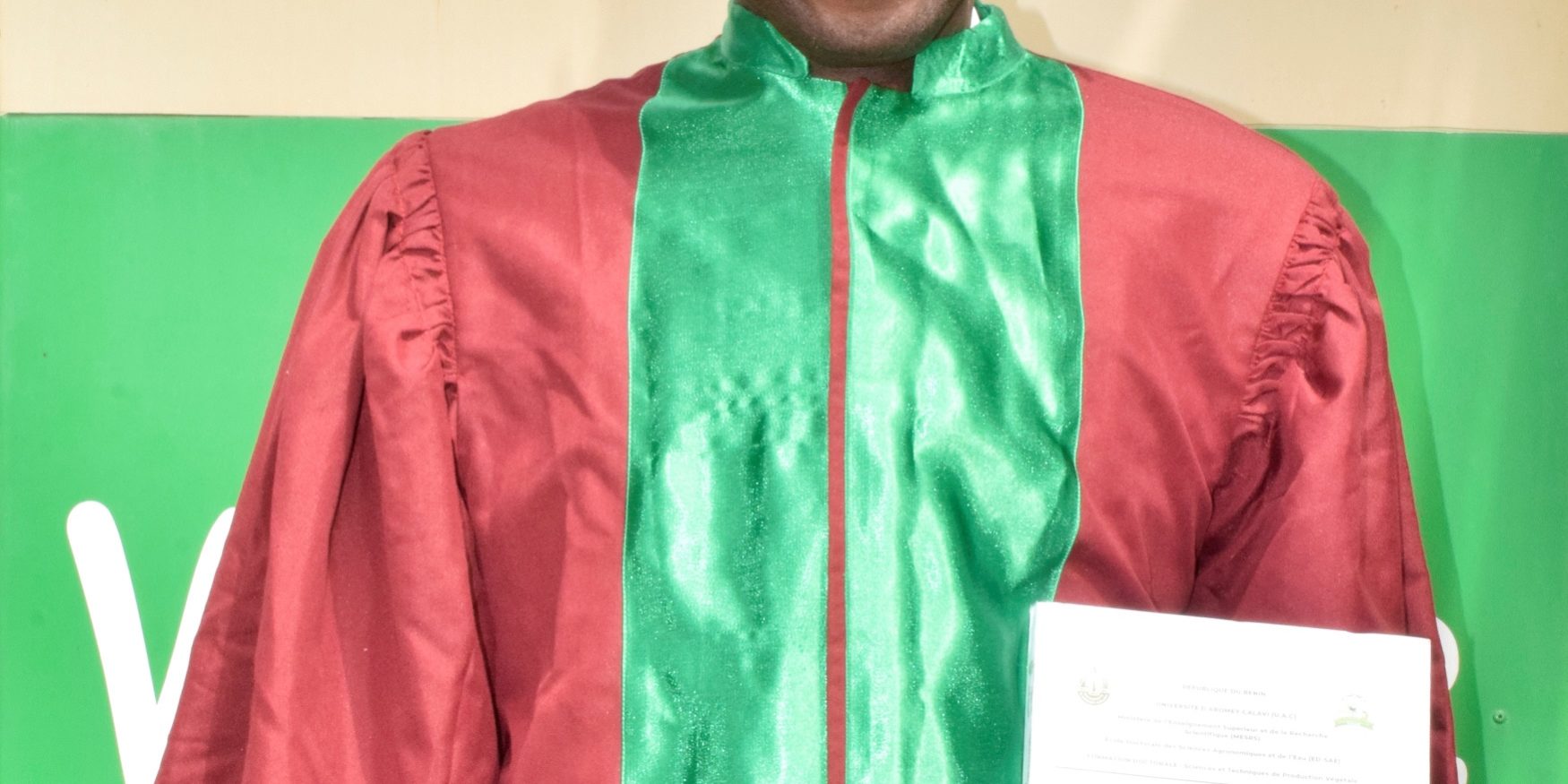 Over the past three years, Dr. Edgar Avohou’s research has focused on maize production systems in the face of climate change and the potential benefits of early varieties to contribute of food security in Benin. Specifically, his work focused on maize producers’ perceptions of climate change in order to describe the different scales or levels of analysis that influence their decisions on breeding and conservation of maize genetic resources. This study is part of the climate-smart agriculture approach.

On last December 28th 2020, this brilliant journey ended with the defense of his thesis on the theme: « Perceptions of Maize producers (Zea mays L) of climate change and adaptation strategies in southern and central Benin. « This was remarkably defended in front of a college of teachers including Prof. Dr. Ir. Adam AHANCHEDE, Pr. Expedit W. VISSIN and Dr. Ir Enoch ACHIGAN DAKO from Benin; Pr. Dr. Ir. Irénikatché Pierre AKPONIKPE from Parakou ; Pr. Edinam KOLA from Togo and Pr. Irié Arsène ZORO BI from Côte d’Ivoire.

According to Dr. Edgar Avohou, for a resilient and sustainable adaptation to climate change, it is important to take into account the perceptions of producers in order to determine appropriate strategies. Various contributions were made by the members of the Jury including major questions that generated debate.  For instance, the question was raised to better understand what explains the current enthusiasm of producers for the early maize varieties, knowing that thirty years ago, these producers rejected these varieties proposed by research. One of the answers to this concern was that back then the climatic conditions were much more favorable whereas nowadays, given the climatic variability, producers are confronted with realities that require them to adopt early varieties.

In terms of perspectives, Dr AVOHOU intends to make a comparative study of the production of three early varieties in his study area. In addition, he will want to study the time series to see the ability of other maize varieties to be resilient to climate change.