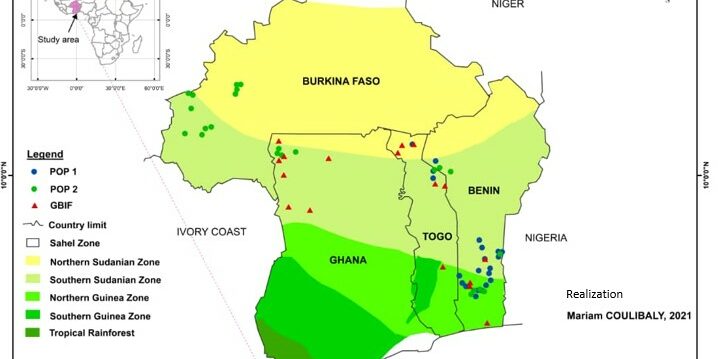 Orphan legume crops play an important role in smallholder farmers’ food systems. Though less documented, they have the potential to contribute to adequate nutrition in vulnerable communities. Unfortunately, data are scarce about the potential of those crops to withstand current and future climate variations. Using Macrotyloma geocarpum as an example, we used ecological niche modeling to explore the role of ecology on the current and future distributions of genetic populations of Kersting’s groundnut. Our findings showed that: (1) the models had good predictive power, indicating that M. geocarpum’s distribution was correlated with both climatic and soil layers; (2) identity and similarity tests revealed that the two genetic groups have identical and similar environmental niches; (3) by integrating the genetic information in niche modeling, niches projections show divergence in the response of the species and genetic populations to ongoing climate change. This study highlights the importance of incorporating genetic data into Ecological Niche Modeling (ENM) approaches to obtain a finer information of species’ future distribution, and explores the implications for agricultural adaptation, with a particular focus on identifying priority actions in orphan crops conservation and breeding.