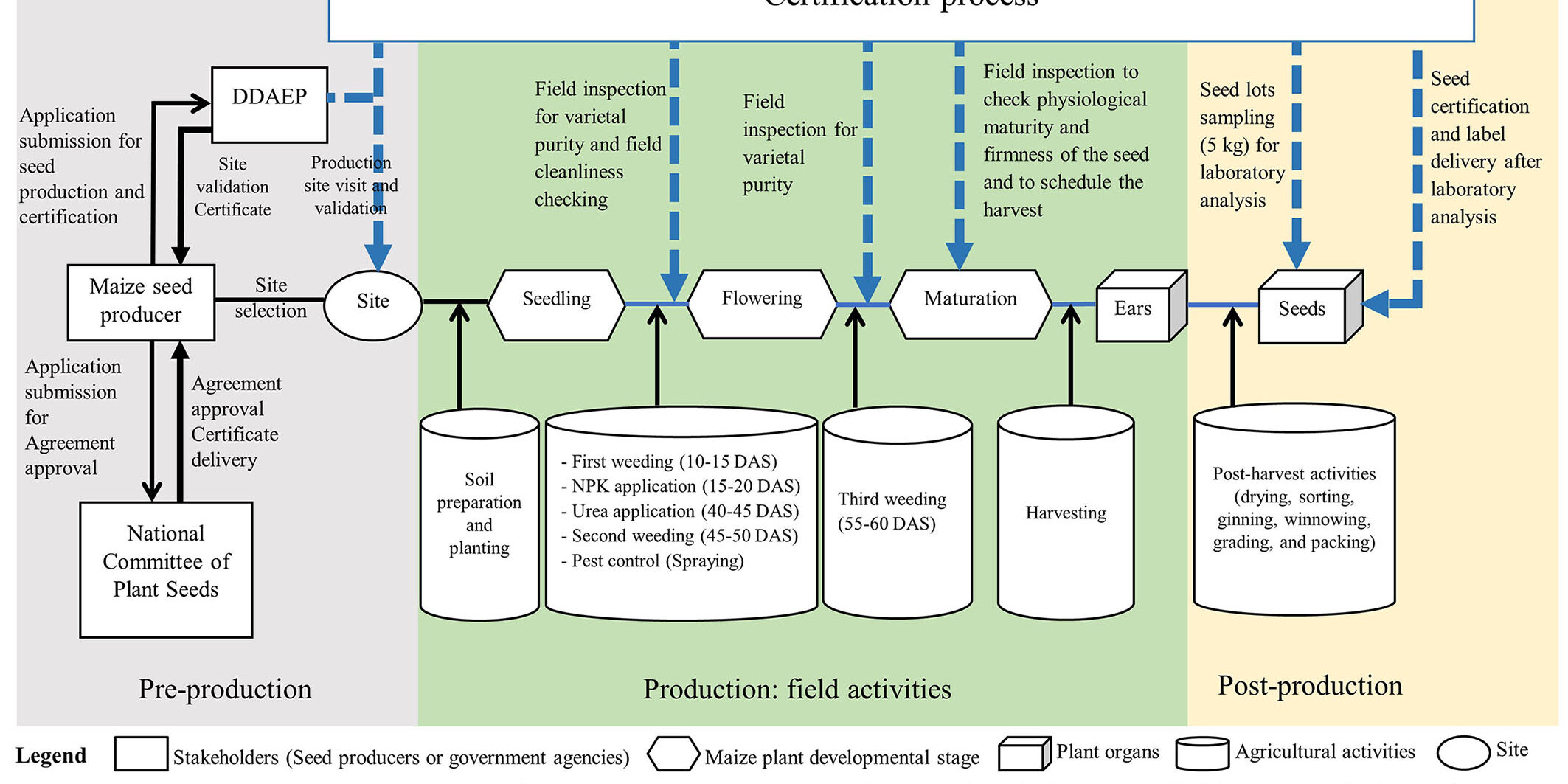 Introduction: Access to high-quality seeds remains a key constraint to the intensification of crop production in low-income countries. In this study, we analyzed maize seed production and distribution systems in Benin to identify leverage points for effective seed systems, a prerequisite for improving maize production.

Results and discussion: Findings showed that the legal and institutional frameworks governing seed systems in Benin were recently reinforced with a national seed policy, the creation and operationalization of the National Committee of Plant Seeds and the existence of regulations and rules on the production, quality control, certification, trade, and packaging of seeds. In addition, enabling conditions to facilitate the involvement of the private sector have been greatly improved with the revision of modalities for obtaining approval for the production and distribution of seeds in Benin. While the seed sector is improving and both public and private stakeholders are involved in maize seed production and distribution, synergies among stakeholders need to be strengthened. Strengthening business and marketing skills of seed producers through training and promoting the comparative advantages of improved seeds in increasing yield and production among maize farmers could be a promising avenue. Connecting seed producers with maize farmers’ organizations coupled with ICT-based agro-advisories could boost the development of the maize seed sector, and ultimately the maize value chain.